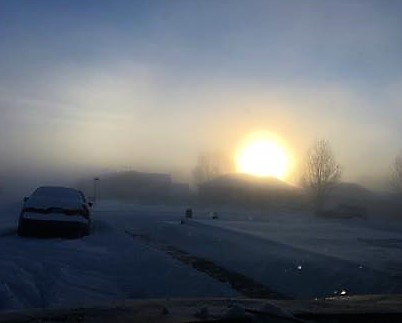 Over 20 years ago, I wrote a novel with the working title, “Center of the Universe,” although the title of the novel changed as many times as its premise.

In some ways, that story is still being written but it will never be a novel because it never was. Oh, it reached the requisite number of pages and was around 80,000 words but that was the only structural requirement it met.

I imposed a similar structure on my actual life: four hours of writing daily, walking 3 miles a day, and eating the same thing–a half of a can of Campbell’s tomato soup at lunch with a grilled cheese sandwich and a salad of iceberg lettuce mix, mushrooms, and a baked potato for dinner. It was the best I could do on a very tight budget. Breakfast was toast and generic raisin bran.

I fared better in my fictional life because like many first-time novels, my protagonist was in control of all the issues that were utterly out-of-control in my real-life. There is more energy in that kind of fiction than you might think.

Then, I lived in a hamlet in the high plains desert that is Wyoming, over 6000 feet in altitude, and yes, fresh air was in short supply, in every sense. It is true that in small towns every life, at one time or another, becomes “the news.” No one is ever spared.

And when it was my turn, I did not rise to the occasion with any grace. Not a whit. Rather, I retreated into myself, which is nearly impossible in a small community but it can be done, just not maintained. I managed for the better part of a year.

On one morning, somewhere in the hours before dawn, my preferred writing time and when I felt most alive because everyone else was asleep, I wrote the sentence, ”You are not the center of the universe.”

I still remember the amber, blinking cursor waiting for my protagonist to respond. Then, I believed I was merely the instrument for whatever characters had to say. They spoke, I typed.  I was living in the heart of darkness, a carefully crafted life without connection.

But I also believed we write to find out what we are thinking, and on that morning, I found myself at the center of the universe with everyone else, come what may. All I had was a sliver of light, but it was enough.

In the months that followed, I looked to the night skies, trusted in the stars, and quite deliberately, on the Fourth of July, Independence Day, I left rural life, certain only in that it was time to go.

I still look to the stars but I no longer reach for them. It is wonder enough just to share the same universe, to be made of the same stuff.

Aim for Even posts offer equanimity a dose at a time. No day or dose is ever the same, even if the aim is. You may read about the origins of Aim for Even here or on this site’s About page

2 thoughts on “Never a Novel, Always a Story”

I am in the throes of physical therapy for my lower back, specifically a right side L4-L5 disc herniation. This is not my first rodeo (but my fourth) that the disc between these two vertebrae has spilled onto the nerve root. So, yeah, we have history. In 2010, this same disc spilled over on the […]